The Advantages of Scrap Cars for Cash 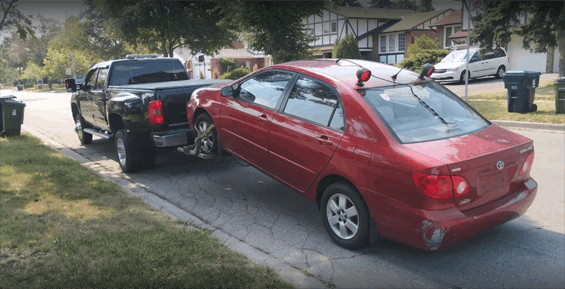 Offering cars for scrap auto has tremendous benefits to the environment and even to the car owner. Similarly, preparations have to be made adequately before a car is left for the junkyard by the owner. Below are insights a customer should know about the preparations and advantages of offering a car for scrap.

How to Prepare A Vehicle Before Offering It for Scrap

Before the car owner releases their vehicles for scrap, there are a couple of actions that should get performed for maximum profits by the owner of the vehicles, which are to leave for the scrap yard. Here are some of the things one should accomplish before their car are taken for scrap.

Although they might contain coins in them, purses and wallets are not the right types of metals scrap yards look. The customers are urged to remove all their personal belongings from the cars, including the little pieces of cloth stuck on the dashboard and chairs for decoration purposes. Perfumes and other accessories should be removed from the vehicles and stored somewhere else for later use. Its owners should only leave the car with components and nothing to link it to its owner before the towing and scrap car removal processes occur.

2. Collect Some Parts of The Vehicle

Parts taken to the scrap yard should have been extra cash for the owner of the car. Because of this, all none metallic parts and other valuable accessories should be removed by the car’s owner for their gains. These parts include the seats, the headlights and rear lights, the stereo system, and other crucial car components. These components can either get sold for some more money other than the rates at the scrap yard. Accessories such as the stereo systems may be sold to other car users of a similar brand to that of the scrap car if compatible. It is important to go through the terms and conditions of the scrapyard that the car offers to avoid the car being rejected for not acquiring the minimal standards. Fuel may also be siphoned from these cars and stored for later use. Some scrap yards prefer their cars with some wheels to allow Cash for cars in Toronto.

Like any other business, the rates for scrapping a car shall differ from one dealer to another. Enquiring the rates of scraping the vehicle from different dealers costs nothing but will save a lot after selecting the highest rates in the area for the scrap.

Putting all the documents together before visiting the buyers to the scrap vehicle is crucial. Documents such as those that prove ownership of the vehicle are crucial for the transaction to occur. Crucial documents such as the Car’s Title and the owner’s identification should accompany the owner to draft the paperwork for ownership transfer. Once a car is bought and stored at the scrapyard, ownership rights transfer from the vehicle owner to the scrapyard.

Advantages of Offering A Car for Scrap

There are a couple of advantages that accompany both the environment and the owner of the car. Below are some of the immediate advantages which are enjoyed when scrap cars are sold.

The main constituent of a scrap car is metal. These metals can later be recycled and used to make other substances. It is usually advised to remove all none metal components from the car before it is offered for scrap. The car owners may sell these none metal components such as the seats to grab some extra cash before the scrap is taken. For compensation to occur, the primary focus of the scrap business is the metal of the car. No metallic components of the car shall get removed to acquire the gross weight of the scrap. This metallic scrap shall get reused to make other metallic components and tools for totally different uses adapted to them.

Also Read: Is it better to scrap a car or sell it?

Cars that are not in use tend to occupy a lot of space on one’s compound, which could have gotten used further for other functions. These cars include old ones which lie around with no wheels and other components. Their owners can offer these cars, no matter their makeup or year of assembly, all for scrap for a price. Especially the cars that no longer function, the owners can contact the scrapyard of choice for towing and scrap car removal services at no extra cost.

Cars that are notorious for polluting the environment are meant for the scrap yard. These cars tend to pollute the environment with gases that may have catastrophic effects when accumulated in the atmosphere. Why not make money and save the planet? The owners of these cars get urged to sell their cars for scrap and better the environment by carefully disposing of the toxic waste on the cars and even preventing further environmental pollution.

If more people knew what they could do with their old vehicles and other vehicles which are not safe to drive, then all such cars would be at the scrapyard by now. These old vehicles, which have served their owners for over a decade and still counting, should be disposed of without further consideration. Vehicles that serve for over 300,000 miles and have gotten used for more than ten years should not be on the highways but on the road to the scrap yard. The owners of these cars may sell their metallic scrap and make some extra cash from it other than housing a liability. Cats that have exceeded their life span of ten years tend to require regular maintenance and repair visits which tend to accumulate and cost more than average. Occurrences of losing money to unmaintainable cars by their owners due to old age should get to a halt. People are urged to acquire cash for cars.