When Should You Retire Your Ride and Scrap It 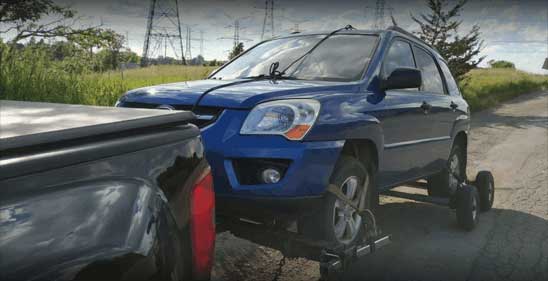 Cars are notorious for constantly losing value immediately after purchase. No matter the price of the car during purchase, unlike land, depreciation is inevitable. Many incidents can make a car lose its value and functionality all at once. However, worry not! Here is a solution for all the last car owners to a specific car and do not know what to do with their cars. There are means from which one may acquire cash auto salvage services. Below are situations that may force one to offer their cars as scrap in exchange for money.

Reasons for Retiring Your Ride

The first cost incurred by the car owners is the cost of purchasing the car. As the car is used continuously, it incurs extra costs such as repair costs and other maintenance costs. With the aging cars, these repairs and maintenance visits tend to get on the rise. These costs may subsequently add up to cost more than the initial amount used to buy the car initially. When this happens, the cars should have reigned for retirement via scraping. Additionally, some cars may consume more money on fuel than they should. If this happens, and repairs are not bettering the situation, it is better off to scrap the vehicle.

A vehicle is said to be written off when involved in an accident. The cost of repairing the car will be more than its value after subtracting the compensated amount to be salvaged after retiring it for scrap. In most cases, the car is referred to being a total loss. Insurance companies mainly present their clients with the option of scraping the cars after they get written off.

Also Read: How much do you get for Scrapping a Car in Canada?

Cash for scrap cars is among the most convenient way of earning some extra cash from what one does not use or even value. Does anyone have any car lying around with no use? Or even no wheels? No headlights? Worry not! Their owners may also sell cars with no parts such as wheels and other crucial components for scrap at the right price. The cars with no interior components such as seats and steering wheels may also be sold for scrap by the owners. These cars may be picked up from their stationery location to the nearest junkyard around at no extra cost.

Reasons for Scrapping Your Car

Everyone is always on the lookout for ways in which they can increase their earnings, especially in these tough financial times. One trend that has been there for a long time but is only starting to gain some popularity is auto scrapping. This is whereby you sell an old car or some components of an old car to a junkyard, occasionally known as auto scrappers. Not only does this process help you earn some extra cash, but it also gives you the opportunity to get rid of an old broken-down car that nobody uses. If you’re caught in two minds on whether to scrap your car or keep it, here are some of the most common reasons why people scrap their cars.

As we mentioned above, auto scrappers provide an excellent way for someone to make some extra cash in a short period of time. In as much as you might not sell the car for an amount close to the one you bought it for, you will get something decent. This is usually ideal for anyone looking for quick money to fund a particular project or buy some household appliance.

A major reason why some people usually scrap their cars is that the car has lower fuel efficiency. This applies to most cars manufactured before the 21st century. They like to use up a lot of fuel, and you find that you may end up using twice or even thrice the normal amount of fuel you’re supposed to use for a particular journey. These cars don’t do the environment any favors and will cost you a lot of money for maintenance. Such cars aren’t worth keeping around, and you’d much rather sell them and get some cash in return.

It goes without saying that only broken-down cars are usually strapped for cash. However, there isn’t clarity as to what exactly constitutes a car being broken down to the extent that it is tossed in the junkyard. Usually, we say that if a car is broken beyond repair, then the best option is to get rid of it. So, the question comes in, what makes a car broken beyond repair? The easiest answer to this is that if the costs of repairing the car are high to an extent where you’re not really getting your money’s worth, then the car is broken beyond repair. If you have a car like that one just sitting in the garage with no use, you have to consider car removal Toronto services.

If your car falls in one of these categories, then it would be best, for your own sake and everyone else, that you toss it and make arrangements for getting a new one. We offer cash paid for unwanted cars as your requirement.