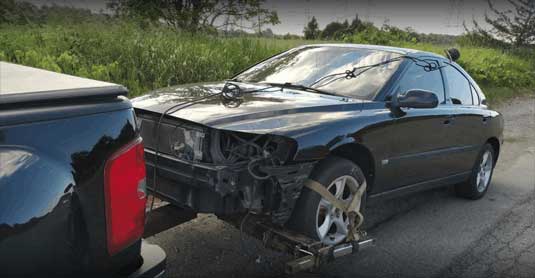 Many people get confused on whether to offer their cars for scrap or rather repair them and have them for use. This article shall have answers to some questions for those who are not sure what to do.

Before repairing a car, a couple of factors have to be considered. A car can be repaired if the cost to repair the damage is considerable. Minor damages such as a broken bumper, side mirror, or even windshields may get repaired. The owner may do other repairs relating to the engine parts to the car if the repair cost is quite reasonable. Whenever the car’s repair costs more than the car’s actual value, subtracting the amount compensated for scraping the car, then the repair should be questioned by the owner.

Car repairs should be limited to cars that still have a long span on the road. The car, which has served for over a decade and has a total mile coverage of approximately 300,000 miles, should not be considered for repairs. It is because such cars shall be prone to repairs now and then. These cars will break down aimlessly, resulting in their aging components and structures. Even the power produced by the vehicles’ engines tends to depreciate significantly compared to when purchased. Repairing such vehicles proves to be a waste of time. However, other reasons such as the car having a personal history to the person’s family or even the car is an emergency option may lead to retention of the car for repairs.

Scraping cars is the act of selling a vehicle to company’s which buy the vehicles for scrap and store them in junkyards. Car owners may consider selling their cars for scrap other than repairing them for very many reasons. These Cars may have been costing the owners too much money for running them. Breakdowns and other regular repairs within a short period on a particular vehicle may become reason enough for the owner to convert their vehicle to scrap. The owner may make extra cash from the vehicle and save on some costs that were to be incurred later on if the owner would have retained the vehicle.

Towing and scrap car removal are also essential for written-off cars. These are cars that are better off scrap than repaired. Written-off cars that have been involved in accidents may also get sold for scrap other than being repaired. These cars may get towed from the accident scene and immediately into the junkyard for scrap. Such vehicles would have cost the owner much more money to repair than they would have had as their value if not scrapped.

In addition, vehicles that have some of their parts missing can also be offered for scrap. These vehicles would have cost much more to acquire the missing parts than just selling the remaining parts for scrap. Instead, vehicles bound not to be used for their age may also get sold for scrap or get cash for cars.